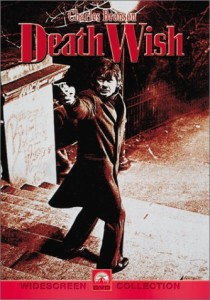 In part 5 of this interview I described the most horrific surgery case I’ve ever seen, and went on to discuss how that experience shaped, and continues to influence, the characters I develop. In this installment, I talk about the single incident that set my writing career in motion.

Me:  All right. That was interesting, but lets shift gears from surgery to writing. I think now is a good time to talk about the origins of your writing career. I’m sure every author has an interesting story to tell about their influences and the paths they’ve traveled on their way to literary success. Yours seems like no exception.

Myself:  I can’t claim success just yet, but I do consider myself a writer, and I think my journey up to this point may be of interest to some of the readers.

Me:  Okay, so let’s start with the most obvious question, one that you will probably hear repeatedly for the duration of your career. When did you first know you wanted to be a writer?

Myself:  In high school I wrote the occasional theme, and I liked seeing my own words on the page in a coherent order. Same thing in college. I took the required courses in English, wrote the obligatory papers, and demonstrated competency, but the desire to write creatively came much later.

Me:  Let me guess. You finally got around to reading some of the classics you should have read in high school and college—like Hemmingway, Salinger, and Fitzgerald—and they inspired you to become a wordsmith.

Myself:  Well, not exactly. My primary influence was Charles Bronson’s character, Paul Kersey, in the movie Death Wish.

Me:  Not your run of the mill literary influence.

Myself:  No, not at all, but Paul Kersey certainly started the ball rolling. I had completed medical school and the first two years of my general surgery residency, and was living in Bethesda, Maryland where I was participating in a two-year research fellowship at the NIH.

Me:  Which allowed you the time to actually watch movies and do a little skiing.

Myself:  Yes, so I planned a trip to Killington Vermont, and the night before I left, I watched Death Wish.

Me:  For the younger readers out there who might not be familiar with this classic, Charles Bronson’s character, Paul Kersey, is a New York City engineer whose family is brutalized during a home (apartment) invasion robbery. His wife is murdered, his daughter is left in a catatonic state, and Kersey takes to the streets to bait, and then gun down muggers and other assorted criminals. His vigilantism makes him a hero, but when the cops identify him, they ask him to leave town (which opens the door for four sequels).

Myself:  So I watched the movie, and as I made the thirteen-hour drive from Washington D.C. to Killington in my radio-less Dodge Colt, I found myself wondering what I would do if some thug maimed, raped or murdered someone important to me. And then my imagination took over. I pictured a dank basement, a makeshift operating room, and a cold scalpel poised over a pearly-white spinal cord. I imagined how my character would move, what he would be thinking, how he would feel, before and after he made the cut. I did not realize it then, but I was visualizing a scene, and I enjoyed the process. During long, solitary chairlift rides in subzero temperatures, I visualized other scenes, conjured up a basic plot and by the end of the trip, thought I might have the basis for a story—a very dark one I will admit, but a story nonetheless.

Myself:  And not destined to see the light of day, but the age-old story prompt “what would I do in that situation,” and the process of visualizing scenes, definitely set things in motion. Once I returned home from the ski trip, the protagonist I had created refused to leave me alone. He made unsolicited appearances, demanded to know what he should do next, nagged me to put something on paper, and repeatedly begged for a sex scene. Unfortunately, I had to blow him off. As a surgery resident I had no time to write, nor would I for another decade, but the desire to craft a novel never waned, and I started filling marbled composition books with notes, character sketches, and story ideas.

Me:  Now, jump ahead about ten years and several book ideas later, and you’re applying to an MFA program where your literary hero, Dennis Lehane, is teaching.

Myself:  Yes. Either it was fate, or a huge stroke of luck, but I soon found myself heading to Boston where I’d get the chance to be mentored by someone whose work I admired very much.

What happens when a young man drives his convertible into the base of a power pole and the electrical transformer falls in his lap? And what does that have to do with the building of fictional characters?     As writers, a great deal of ourselves end up in our characters. Some of our personality… END_OF_DOCUMENT_TOKEN_TO_BE_REPLACED

The Organ Takers is scheduled for publication on November 17th (just in time for the holidays). It will be available in print, e-book, and audio form. Between now and then keep an eye out for Goodreads and other giveaways. As soon as I have a box of hardcovers in my garage, I’ll start doling them out.… END_OF_DOCUMENT_TOKEN_TO_BE_REPLACED