Laparotomy:  Lapara- derives from the Greek word for flank (abdomen), and -tomy comes from the Greek word tome (incision), so laparotomy is the surgical term for incising the abdomen. Although this term is first used in reference to the sponges, David is preparing for an exploratory laparotomy. By simply noting the abdominal distention and unstable vital signs, he can safely conclude that the patient is suffering from serious intraabdominal bleeding (intra = within). There is no time for CT scans or ultrasounds, he needs to get in, find the source of the bleeding, and stop it, and laparotomy sponges are key to slowing the bleeding and providing exposure.

Laparotomy or lap sponges:  They resemble small towels and possess great absorbency. Ideal for soaking up blood, pus, or other abdominal fluids.

Curved Kelly clamp:  lots of leverage and holding power. If you are grasping a pedicle of tissue containing a large vascular structure that needs to be ligated, this is the tool for the job. The curved tip makes it easier to wrap your suture around the tissue and tie it. 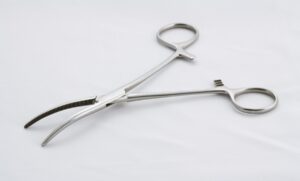 Metzenbaum scissors:  slender scissors with a curved tip that are easy to manipulate in tight spaces. They come in different lengths, including long, which is useful when operating deep in the chest or abdomen. 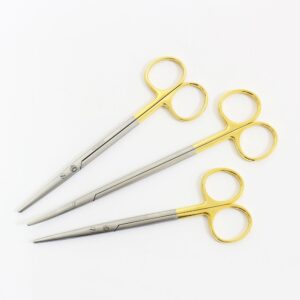 About suture nomenclature:  Sutures were originally manufactured ranging in size from #1 to #6, with #1 being the smallest and a #4 suture being the diameter of a tennis racquet string. As suture materials became stronger and smaller in diameter, a zero was used to indicate increasingly smaller diameters: 0 Prolene, 2-0 Prolene, 4-0 Prolene, etc. I used 8-0 Prolene sutures to sew coronary arteries together. If you pluck a hair from your head, that’s the thickness of an 8-0 Prolene stitch. In the operating room, a surgeon will not ask for a two-zero silk suture. It’s too cumbersome. Instead, it’s a 2-O the (letter O) silk or 2-O Prolene (or Monocryl, Novafil, chromic, etc.). 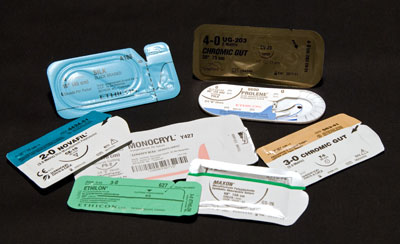 Blood supply of the spleen:  As noted in the chapter, the splenic artery and vein are located very close to, and sometimes within, the pancreas. The artery may course through a groove in the superior (top) border of the pancreas, and the vein is often found in a groove on the back (dorsal surface) of the organ. During emergency surgery for splenic rupture, when all of the tissues are swollen with edema fluid and discolored by blood, injury to the tail of the pancreas is a real possibility.

Jackson-Pratt drain:  In this chapter, David places one of these near the ligated splenic vessels (ligate = to tie with a suture) in case he injured the tail of the pancreas. To place, situate the drain end (white with holes) near the divided vessels and drive the spiked end out through the abdominal wall a few inches from the surgical wound. Then cut off the spike and secure the drain tube to the skin with a simple stitch. After the surgical wound is closed, attach the bulb to the tube, compress it, and close the stopper. This creates gentle negative pressure, which draws out any unwanted fluids (digestive enzymes in this case) and keeps them from accumulating in the abdomen. To remove, cut the stitch and slide the tubing out about two inches a day. The tract that has formed around the drain will close on itself and heal as the drain is slowly removed.

The Desert Hairy Scorpion:  We all know what scorpions look like, but I though I would include one here because I think they are one of the ugliest and coolest creatures to wander the earth. As kids camping at Lahontan reservoir, we slept on the beach in sleeping bags on tarps. It was not unusual to find scorpions under the tarps, or inside your shoes, the next morning. Fortunately, none of us ever found a scorpion under or in our sleeping bags. If this had happened, my mother would have put the kibosh on kids sleeping on the beach. Having said that, the scorpions in western Nevada were not deadly. The sting was painful and you might experience flu-like symptoms for a day or two, but you wouldn’t die.

Nasogastric tube:  The tube in the nose that David’s patient refers to is an NG or nasogastric tube. As the name implies, it is inserted through the nose and advanced down the esophagus into the stomach and then connected to suction. After abdominal surgery, the GI tract loses its motility for several days, thus allowing secretions to accumulate. The tube removes those secretions and keeps the stomach empty until function returns. NG tubes are very uncomfortable for patients. 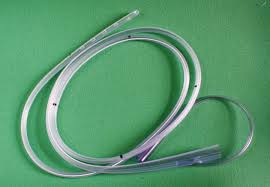 Incentive spirometer:  One of the biggest priorities following abdominal surgery is preventing a pneumonia. Patients who lay in bed for extended periods get congestion in their lungs that can progress to pneumonia. For that reason the head of a patient’s bed is kept elevated at forty-five degrees or more as much as possible, patients are placed upright in chairs multiple times throughout the day, they are walked up and down the halls as often as is feasible, and they are encouraged to use their incentive spirometers frequently. The patient breathes in through the blue hose and tries to get the disc at the bottom of the larger chamber to move up to the yellow indicator. Having a patient do this ten times every hour is very effective at expanding the lungs and limiting the pooling of secretions. 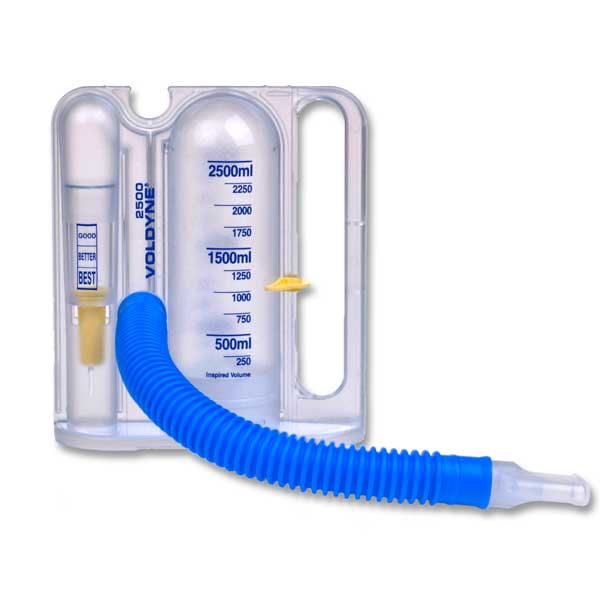 Granulomatous diseases:  Generally speaking, a granuloma is a mass of immune cells that collect within a tissue or organ in response to a foreign agent, such as a bacterium, fungus, virus, or even a chemical compound or environmental toxin. When the agent of tuberculosis (Mycobacterium tuberculosis) enters the lung, immune cells gather to fight it, but the immune response can become exaggerated and the granulomas that form start to destroy adjacent lung tissue. If enough of the lung is destroyed, patients become very sick and many die. Sarcoidosis is a granulomatous disease whose cause is unknown, but the granulomas can effect many different organs, including the lymph nodes and spleen. In this chapter, the pathologist refers to the unknown disease as sarcoid-like because the granulomas she studied were identical to those found in sarcoidosis, but the tissue destruction she is seeing is much more rapid and severe than that seen in a typical case of sarcoidosis.

The CT scan of the chest (the smallest photo above and to the right) shows the destructiveness of a granulomatous disease, in this case tuberculosis. The arrows are pointing at air cavities where there should be normal lung tissue. But TB is an indolent disease, meaning it progresses very slowly. It may take years for this level of tissue destruction to occur and is typically seen in patients with limited or no access to healthcare or who contract a drug resistant strain of the M. tuberculosis bacterium. When I was at Bellevue hospital in New York, we had one of the largest TB services in the country and routinely performed lung resections on these types of patients.

SPOILER ALERT:  This last section contains only a few entries from late in the book, but they will give away important plot elements. Please read the final chapters before taking a look.