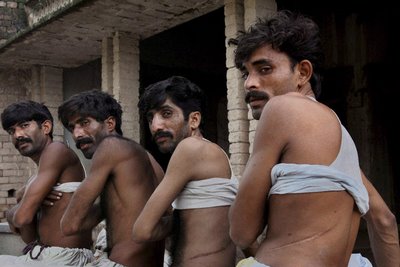 If you are a Vegas gambler or business traveler you can relax. Kidney theft as depicted in the well-known urban legend (more on that here) has been debunked, but in third-world and developing countries, a black market for human organs is thriving. Some of the organs are stolen, most are bought and sold, but either way this is happening.

Over the years it has been reported that kidneys, half livers, skin, eyes, and lungs have been sold by the poor to individuals who can afford to bypass the proper channels of organ donation. These are redundant organs, which means we can live with one kidney, one eye, half a liver, etc. But there are also reports of hearts being stolen. The heart, of course, is not a redundant organ.

Although there are no reported cases of organ theft in this country, is it possible that purchased or stolen organs are being transplanted in our nation’s hospitals? Berkley anthropologist Nancy Scheper-Hughes thinks there is a distinct possibility. A 2009 Newsweek.com article presents the findings of more than a decade of Scheper-Hughes’ undercover field work. While she presents a body of compelling evidence that a number of U.S. hospitals have transplanted illicit organs, internal investigations (note the conflict of interest here) of hospitals named in her report have disputed her findings, and her data has been largely dismissed as being anecdotal. Read the article here.

But what of the rest of the world? Despite being illegal in every country but Iran, many countries have thriving black markets for human body parts, and even with increasing awareness, new laws and regulations, and crackdowns by investigative bodies, it seems little can be done to stem this growing problem. As long as the destitute possess something of value, there will be a market for it.

What are human organs worth on the black market?

Organs For Sale: Where in the World Can I Buy a Heart?

Which countries are most active in organ trafficking?

8 Countries Where Human Organs Are Harvested

It has long been known that China sells the organs of freshly executed criminals:

In 2013, HBO Documentaries aired Tales from the Organ Trade, an 82 minute film examining all sides of the organ trafficking dilemma. View the trailer here, but if you can find the film, watch it.

What are your thoughts on selling human organs to those who are in desperate need of a life saving transplant?

Do you know someone who is languishing on the transplant waiting list?

Is this another example of exploitation of the poor?

Should paid organ donation be legalized and regulated?

2 Responses to Organ Trafficking Is Not a Myth