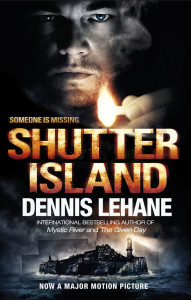 In Part 6 of the Me, Myself, and I interview, I describe how a crazed vigilante (Charles Bronson’s character in Death Wish) set my writing career in motion. In Part 7, I talk about how forced socialization amongst a group of writing students started me down the path to a Master’s degree in creative writing and the opportunity to work with my literary hero, Dennis Lehane.

Myself:  I had completed some online certificate programs through the University of Washington and decided to take some live classes where I would be able to workshop my writing. UW offered a series of night classes that included workshops as well as lectures, so I signed up.

Me:  And the instructor had a ten minute break between the lecture and the workshop for, what she called, forced socialization, in that many writers are shy and would prefer to stand off in a corner by themselves.

Myself:  Yes. I would burn most of the ten minutes going to the bathroom, then wandering to the far end of the hall where the vending machine resided, stuff like that, but over time I became socialized despite my best efforts.

Me:  Good thing you did, right?

Myself:  It changed everything. One of the students was a big Dennis Lehane fan. At the time, I was unfamiliar with Lehane’s work, so I read Mystic River, Shutter Island and a couple of the Gennaro/McKenzie novels, and we’d talk about them during our forced socialization sessions.

Me:  Which led to an unanticipated turn in your career path.

Myself:  One night this guy tells me that Dennis Lehane is founding faculty of a new MFA program in Boston. Prior to that, I had never considered pursuing an MFA degree. I was writing genre fiction, a medical thriller, and figured I’d be treated like a leper if I tried workshopping my story with students of “serious” fiction. But Dennis had done what I was aspiring to do. He’d taken genre fiction—detective stories and crime novels—and given depth to the characters, the story, and the language. I figured if he was founding faculty, someone like myself would be welcome.

Me:  You do your due diligence, research the program, and find out it is low residency.

Myself:  The low residency option made it possible for me to attend. I had a wife, young children, and a career. I couldn’t exactly move to Boston, but I could do ten days each semester. So I apply, get accepted, and two years later I have a Master’s degree in creative writing, a finished manuscript, a number of solid ideas for follow-up novels, and the confidence to (eventually) leave the day job and build a career as a fiction writer.

Me:  Anyone who has read your blog or looked around your website is probably familiar with something you call the Four D’s, which you learned from Dennis Lehane while at Pine Manor.

Myself:  In one of our workshops, Dennis said any good story needs depth: of character, story, insight, and language. After that workshop, I devoted myself to adding depth to my stories, the characters, their insights, and my writing style, and I believe that has transformed my work from merely competent to something that is publishable and should be able to find an audience. And I think this concept is useful for any aspiring writer, so I’ve devoted a series of blog posts to the topic. Just go to the blog index and click on The Four D’s. Or go here to read the introductory post.

Me:  You do realize that you don’t need an apostrophe between your D and your s?

Myself:  Yes, but when I tried just the D and s like this–The Four Ds–I found it confusing, like it’s an abbreviation for a double-strength medication or an element in the periodic table.